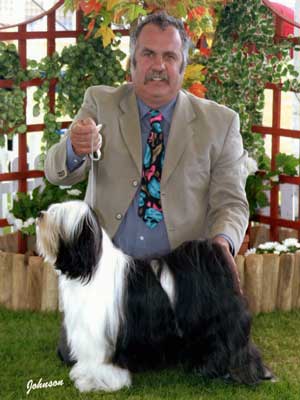 • “Bo” has now been top bitch for the last three years 2004, 2005 & 2006. She remains ever popular and was placed third in her first Championship group in 2005. Group winner blackpool championship show 2011. Mother of several champion offspring she has been one of the most important bitches ever in my kennel & my own personal favourite. Recenty winning the group at BLACKPOOL CHAMPIONSHIP SHOW
• Owner: Mrs Val Maurice-Smith
• Breeder: Ken Sinclair